At the United Nations Climate Change Conference in November 2021 (COP26), Vietnam”s prime minister announced that the country would target achieving net zero carbon emissions by 2050, and phase out coal power generation by 2040.

As a follow-up to this announcement, on 30 January 2022 the Vietnam government issued Notice no. 30/TB-VPCP identifying the following eight areas of focus for implementing Vietnam’s COP26 commitments:

conversion from fossil fuel to green/clean energy sources;
reduction of greenhouse gas emissions in various sectors/industries;
reduction of methane emissions, especially in agriculture and waste management sectors;
R&D and use of electric vehicles;
sustainable management, use of existing forests, and increase of afforestation for carbon absorption;
R&D and use of construction materials and urban development for sustainable and green development;
public relations campaigns directed at the public and business communities to enhance awareness and support for the government’s implementation of COP26 commitments; and
acceleration of digital (economy) conversion for climate change.
A steering committee headed by the Prime Minister for implementing Vietnam’s COP26 commitments has also been established, and we expect various ministries, including the Ministry of Information and Trade (MOIT), to provide further guidance in their respective areas of oversight on how these areas of focus will be implemented. The Ministry of National Resources and Environment (MONRE) has been tasked with coordinating this inter-ministerial effort.

In September 2021, shortly before COP26, MOIT released an updated draft of PDP8, which proposed to raise the country”s coal power capacity by a further 3 GW to 40 GW by 2030, and a further and final 10 GW by 2035, whilst reducing 6 GW of wind power capacity that was expected to come online by 2030, with offshore wind being completely removed from the base case scenario.

Though the current draft of PDP8 is at odds with Vietnam”s COP26 commitments, it is understood that MOIT is in the process of preparing a further revised draft to better reflect COP26 commitments, which is expected to be submitted to the prime minister for approval in the first quarter of 2022. 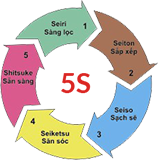